From the moment my husband and I started trying to get pregnant, I knew that I wanted to breastfeed. I was adopted as a baby, and so to me, breastfeeding would be my bond with the first blood-related family member I have ever known. 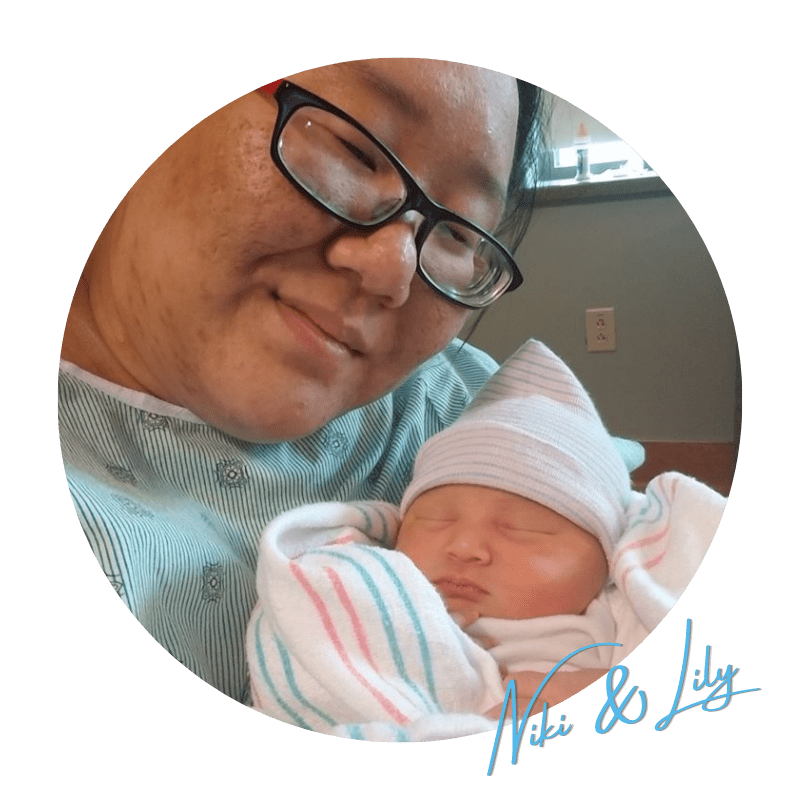 My name is Niki, and from the moment my husband and I started trying to get pregnant, I knew that I wanted to breastfeed. I was adopted as a baby, and so to me, breastfeeding would be my bond with the first blood-related family member I have ever known.

We went through many ups and downs on the road to get pregnant, but almost exactly a year ago, we found out we would finally get to be parents! The pregnancy seemed to go extremely well, until about four weeks before Lily's due date. That weekend, I started to feel ill, and by Tuesday, we found ourselves in the hospital. That was also the day we were supposed to go to our breastfeeding class. The doctor told us we had to have an emergency C-section because I had HELLP syndrome and I would have to be put completely under in case of complications. Instead of learning how to feed my baby, I was being sedated. Everything went well, but I missed out on that moment of initial skin-to-skin, and having her feed for the first time right after birth - I didn't get to see her or hold her for almost three hours after she was delivered.
We didn't try breastfeeding until the next day when a nurse showed me how, and I only had about 5-10 minutes with the lactation consultant in the hospital later that day. There were other mothers who were exclusive breastfeeders, and since Lily was born early, they had started her on formula to get her weight and sugar in the right place. She seemed to latch well enough, though it didn't seem like she was really getting anything. I was told my milk should come in around days 5-10 after birth, and to pump more than anything. After three days, we were released from the hospital - I had seen the two different consultants maybe a total of 30 minutes the whole stay.

Once we were home, she didn't really latch. We were triple feeding, and it was exhausting. I would cry on my husband's shoulder and to my mom, feeling like I had failed. I researched online whatever I could about breastfeeding, but nothing seemed to provide any help. My supply hit about two to three ounces a day, pumping around the clock. I went through many blood panels, all showing that nothing seemed to be wrong. There didn't seem to be an answer. We relied more and more on formula, and I pumped as often as I could. I started to feel like I was closer to my pump than to my newborn. After about a month and a half of this, I was about ready to give up and move to formula only. I finally called the hospital, and the consultant put me in touch with Bayou City Breastfeeding. My husband and I talked, and we both agreed that a visit couldn't hurt - we would see if there's anything that could help. I spoke with Suzanne, and she set me up with a home visit from Melissa.

Melissa saved our breastfeeding journey, and in some ways, she saved me. She taught us how to get a proper latch, and helped me find supplements that increased my supply so that we only had to supplement about 1/3 of my daughter's daily intake. Without her, we never would have found out that Lily had both tongue & lip ties - we were able to get them both revised, which helped with her latch significantly. With her assistance, we've discovered that the cause of Lily's gas is linked to cow's milk, and now I've cut dairy completely from my diet. I was encouraged to do what I can for my little girl, and reminded that I had worked so hard to be where we are now, and that no one can or should make me feel like I'm not doing enough because I can't exclusively breastfeed. Sometimes, it's just not that easy.

Lily is now four months old, and feeding her has become so much more of the love and bond that I had hoped for in the beginning, rather than the stress and heartbreak I had for the first few weeks. While it isn't necessarily the "cheaper" or the easiest option thus far, I wouldn't trade any of the time I have with her when she feeds. Holding her to me and knowing that I can give her whatever I can makes every sacrifice, every tear, every moment worth it. I only wish I would have reached out sooner.