“[Friends and family] shared their stories; unfortunately, most shared how it did not work for them and how they ended up using formula long before their goal of one year. Some were undermined by family, friends, or colleagues. Others encountered problems for which they knew no remedy. Few of our mothers breastfed us, so they could not pass down knowledge that they didn’t have. Some were at peace with the early ending; others mourned it. It was discouraging, but I wanted to do everything I could to give my child the best I had to offer. 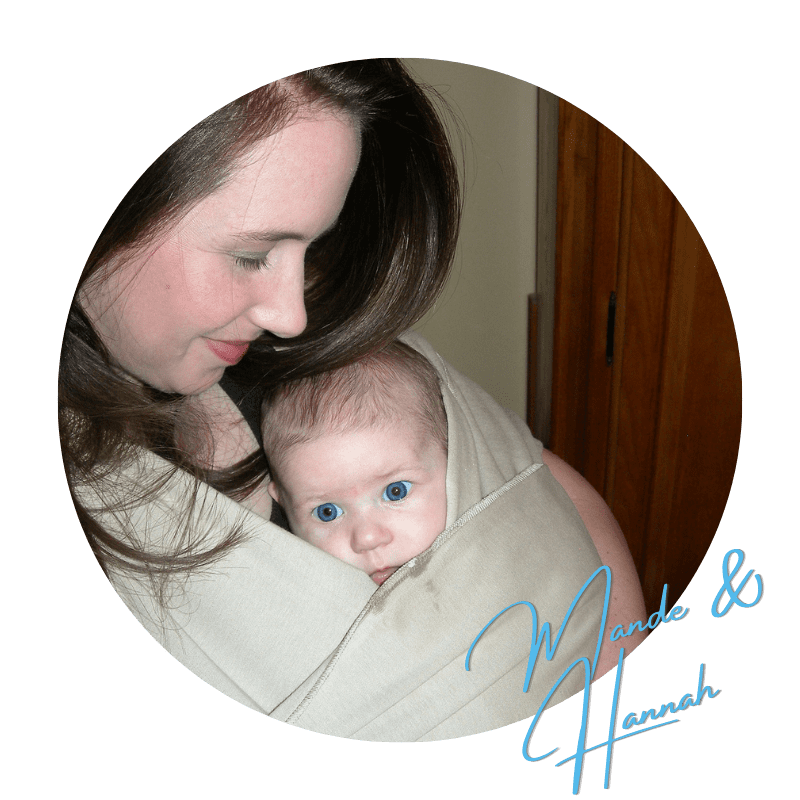 I had planned to breastfeed prior to pregnancy. I had researched and read, talked and debated, finally determining that there was no better way to feed an infant. The benefits were more than I could list in a short conversation. The drawbacks were, at the worst, minor inconveniences.

I went to a breastfeeding class. I continued to read books. I went online and read message boards. I registered for a breast pump. Friends and family members gave me supplies at my showers. Some offered books and advice. They shared their stories; unfortunately, most shared how it did not work for them and how they ended up using formula long before their goal of one year. Some were undermined by family, friends, or colleagues. Others encountered problems for which they knew no remedy. Few of our mothers breastfed us, so they could not pass down knowledge that they didn’t have. Some were at peace with the early ending; others mourned it. It was discouraging, but I wanted to do everything I could to give my child the best I had to offer.

Hannah Faith arrived by unscheduled C-section after 12 hours of induced, yet unproductive, labor. I had originally planned a natural birth; my primary reason was to create the best birthing environment for the establishment of breastfeeding. But nothing went according to plan to start us off right. She was separated from me immediately at birth. I heard her crying. Groggy from drugs, I had to ask my husband if that was her. I caught glimpses of her as she was cleaned up on a warming bassinet while I was stitched up. Paul, my husband, went with her to the nursery, under strict orders that there would be no bottles.

I ached for her after birth, more than I ever could have imagined I would. She occupied a part of my body for nine months. Now, she was in a nursery with only the sound of her Daddy’s voice to reassure her. I was too far away to even hear her cry.

A nurse brought her to me in the recovery room, where I had been transferred. We had been separated for well over an hour, maybe longer. I enveloped her in my arms. She was swollen from the hours of labor and the rigors of birth, albeit surgical, but was quiet in my arms.

I offered her my breast. She latched perfectly. I was elated. Nothing had gone as expected prior to this. I had planned a natural birth. I ended up with a Pitocin-induced labor and, ultimately, a C-section. I had planned to bond with her immediately after birth. She was whisked away. I had planned on being alert and savoring every moment. I was drugged and not always aware. I had planned on being in control of everything. I couldn’t even coordinate my body parts to function properly during labor. But this. This! This was working. And this was what mattered most to me.

I had minor problems breastfeeding during my three-day stay, but we had worked through it all by the time we left. Upon discharge, I could casually hold her with one arm as she nursed. This would be easy.

We were discharged on a Friday afternoon. After three days in the hospital, I was glad to be home. By late Friday night, she was pulling off the breast after less than five minutes and drawing up her legs. I assumed it was gas. I called the pediatrician’s after-hours line (already?). I was assured that it was fine to give her Mylicon. I called the 24-hour breastfeeding help line at the hospital, and was asked to leave a message.

She was not eating at all by the early hours of Saturday. I called the pediatrician’s office again. The doctor on call recommended formula. Really? I had read that giving formula was a sure way to undermine breastfeeding, and that the baby would eat if the breast was offered. However, I did not want her to get dehydrated. I asked if I could give her Pedialyte instead. He agreed.

She still was not nursing by the early afternoon on Saturday. My mother finally gave her a bottle of formula. I had the hardest time reaching anyone for help. The on-call lactation support person from the hospital finally returned my call. She agreed to meet with me, but also recommended Suzanne Juel. I was hesitant to go since Suzanne did not work in a medical facility. Still, she was highly recommended by the hospital’s lactation educator, so I decided to call her. After I explained what was going on, Suzanne rearranged her schedule to see me on Sunday.

Suzanne put Hannah on the scale and compared her birth weight to her current weight. She had already lost 13% of her birth weight! (Newborns aren’t supposed to lose any more than 10%.) By this time, Paul and I couldn’t even think clearly. Suzanne agreed to talk to the doctor on call for us. This time, a different doctor was on call, and Suzanne explained everything in detail.

It was agreed that we would feed Hannah formula to rehydrate her and help her gain. The pediatrician agreed to call us back that evening; if Hannah had not had a wet diaper by 7:00 p.m., we would take her to Texas Children’s Hospital. Suzanne determined that my milk was not in yet, and I rented a hospital grade pump to stimulate my breasts to produce. Suzanne asked that I call her and let her know how Hannah was doing.

By that evening, Hannah had produced a diaper, but was starting to act lethargic. The pediatrician recommended we take her to Texas Children’s considering this.

Hannah was four-days-old when she was admitted to Texas Children’s Hospital. They had to try three times to catheterize her while she screamed from the pain. They performed a spinal tap and put in an IV. It tore my heart out to know she was hurting so badly. I understood at this point that my body had failed to produce milk, and I had failed to notice. As a result, my daughter was suffering.

She responded quickly to the IV fluids. I worked with a lactation consultant there as well and continued to pump. Hannah stayed in the hospital until all tests results came in and more serious problems were ruled out.

When we were discharged, I continued to give her expressed breast milk and would follow up with formula. We did this for two weeks under Suzanne’s guidance. She remained available by phone; I was always able to reach her.

At the end of two weeks, my supply had finally reached a steady point and was adequate for feeding Hannah. She latched back onto the breast. At this point, my nipples were inflamed and red. It hurt to nurse. We had thrush, a yeast (fungal) infection that can be passed between mother and baby. I went back to pumping and feeding her expressed breast milk from a bottle. Hannah and I had a resistant strain of thrush, and it took nearly three weeks to cure.

When a culture of my nipples finally came back negative for fungal and bacterial infections, Suzanne recommended I put Hannah back to the breast. My milk supply had become ample by this point. Hannah, however, had taken to the bottle and did not care for change. A few days with mastitis served both to wear me down further and reduce my milk supply.

I continued with expressing breast milk, still using the rental pump. I made peace with pumping; I set a short-term goal of six months. Pumping is very involved, and few people can keep it going for long periods of time. (Suzanne actually pumped longer than anyone I’ve known, but I’ll let her share her own story.) A goal was my way to keep Hannah on breast milk for as long as possible. After all she had to go through in the hospital, I wanted to make sure she got breast milk’s benefits, even if the delivery system was not what I had originally envisioned.

I went to a local breastfeeding support group. I was so overwhelmed. These other mothers were so encouraging but seemed to have it all together. They nursed with ease and were so knowledgeable. Some shared their experiences with thrush, supply problems, infections, and even problems I had not experienced, but I was still so overwhelmed.

I wanted desperately to get Hannah back on the breast, but it was a long shot. I felt in my heart that it could not happen. One of the lactation educators, even came by the house to help me on it one day. Hannah would only scream for the bottle.

I had almost given up hope, but I prayed for a miracle. I really wanted to nurse this baby, but I would accept pumping if that was the best I could do.

When Hannah was exactly nine weeks old, I went to talk to Suzanne about buying breast pump. When I asked her which pump would be best, she guided me into the lactation room, pulled out another nipple shield, and recommended I try just one more time to get her to latch. I thought yeah, this is going to happen as I braced myself for the inevitable screaming. Only I didn’t hear screaming. I didn’t hear anything. My daughter latched onto my breast and nursed. She nursed for at least fifteen minutes. I got my miracle. I was absolutely elated.

We reached the original six months goal for pumping, but now we’re not pumping unless it’s to get a little extra in the freezer or for cereal.. Sometimes, we even ditch the nipple shield. We still attend the Mom’s group, and I try to give back, hoping I can help someone else like we were helped. I am still breastfeeding Hannah, if for no other reason than to show God that I’m grateful. 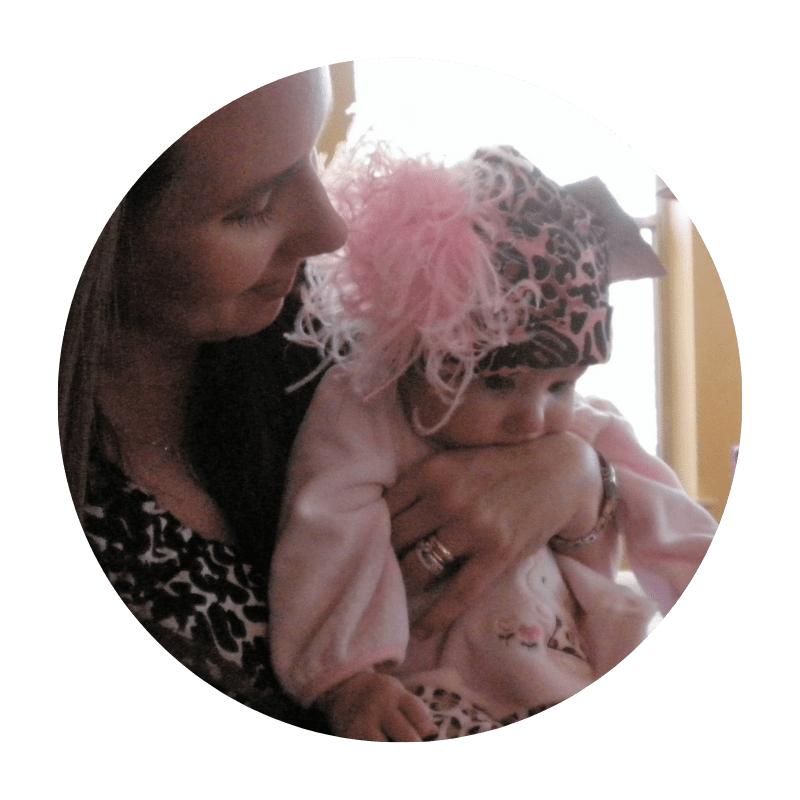 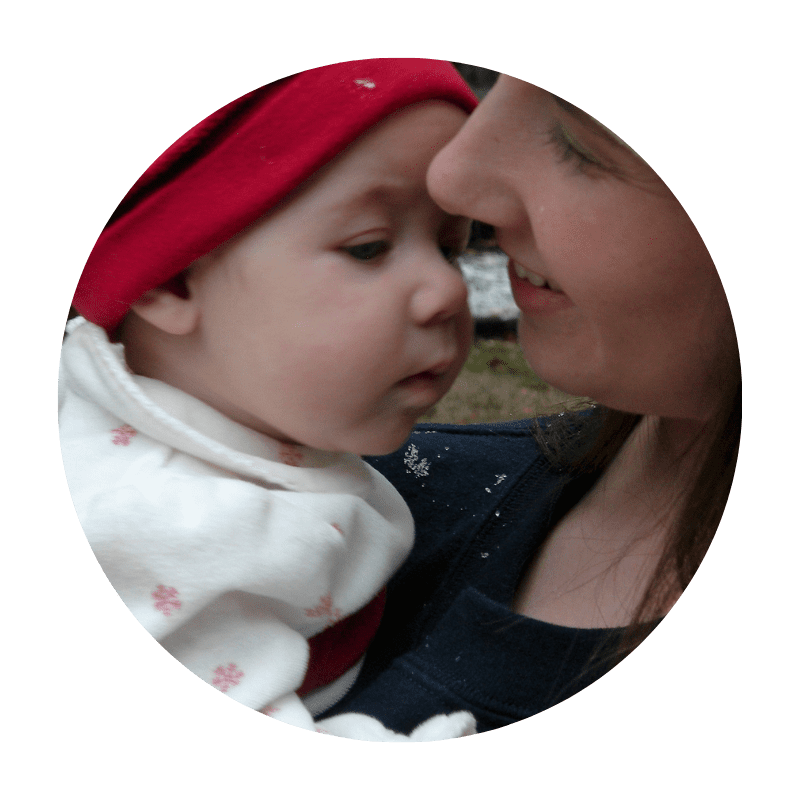