20 minutes to pump, 20 minutes to bottle feed her, and then 30-45 minutes to burp and get her settled again….By the time we finished with the feeding session it was time to start the vicious cycle all over again. 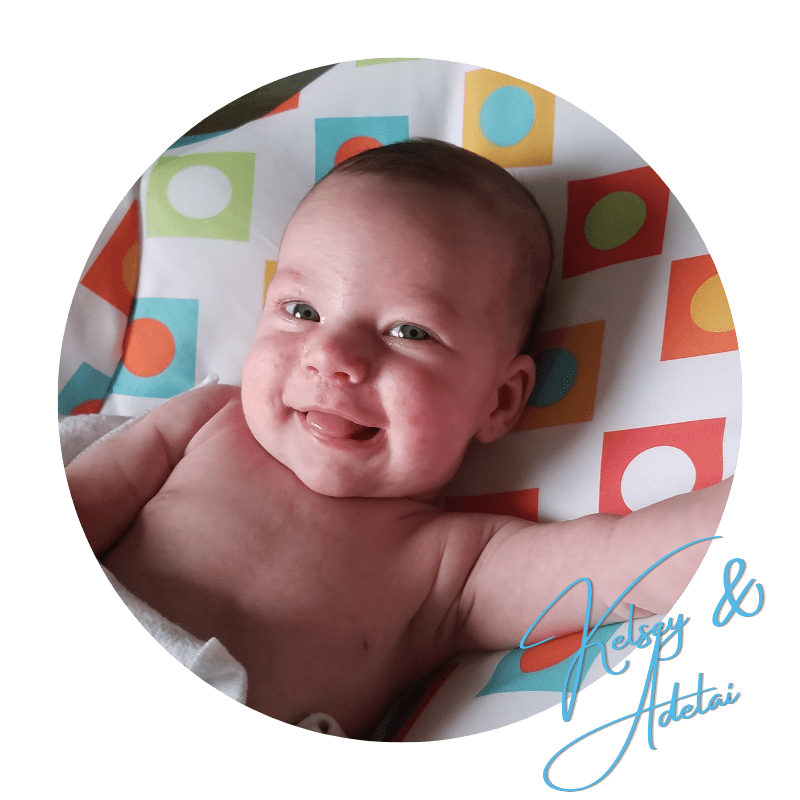 June 24th at 11:43am my first baby was born: Adelai Rose Ford. So far, everything leading up to this point I would say I had a pretty darn easy. From pregnancy and even birth at my birth center with my midwife. Adelai latched for the first time at the birth center perfectly and stayed on for like 45 minutes! My husband and I were so excited.

Everything else had gone so smoothly. So the good luck was continuing on, right? So, so wrong – ha ha ha. Once we got home and she wasn't latching AT All! Just sitting there screaming at my breast every time I went to go feed her. So called my midwife she told me to start to pump and feed her however much colostrum I can get. By day 2, I knew something had to be done.

As most first-time moms do. We research, and research about everything! So thankfully a week before she was born, I had found Bayou City Breastfeeding. I wanted to have them in my pocket just in case things did not go smoothly. Plus, I was in a breastfeeding group on Facebook and knew the horror stories of babies who have lip and tongue ties. So, I was somewhat familiar with symptoms and knew that the sooner you took care of them the better!

Melissa came to my house on day 4 and my milk had just came in that morning. I was still was having to pump and bottle feed her. Which I HATED! Took SO much time. 20 minutes to pump, 20 minutes to bottle feed her, and then 30-45 minutes to burp and get her settled again. She had bad colic from sucking in all the air from the bottle so after a feeding she would just scream and scream. By the time we finished with the feeding session it was time to start the vicious cycle all over again.

Melissa identified that Adelai had a lip, and tongue tie. She recommended body work first. So, I made an appointment with the chiropractor the following week. He then recommended she get adjusted 2 times for 2 weeks then once a week after that. When I tell you this worked miracles, It freaking WORKED MIRACLES! I wanted to kiss that man I was so happy.

By the second adjustment she started latching and refusing the bottle. But her latch wasn't perfect due to the ties. So, I started to have some nipple damage. Not bad but still annoying. But I didn't care too much because my baby was finally latching! However, after a week of having to pump before I could see the chiropractor. I began over producing milk and had a battle with mastitis 3 times in one week and ended up having to take antibiotics. The breast that had it became so, so sore to where I couldn't latch her AT ALL because it hurt so bad. My pain tolerance is pretty high (showed up to my birth center already to 10cm and had no clue) so for me to scream and cry when she latched, I knew it was bad. So, I strictly fed off the other breast while I pumped the painful breast and my nipple and mastitis healed. Meanwhile with all these things going on, poor Adelai was still having colic, and reflux issues.

So, yes we had huge progress from her not latching to exclusively breastfeeding now, buts he still isn't a happy baby because she still has a bad latch. After another appointment with Melissa she recommended that Adelai was ready to get the ties taken care of.

We are currently 11 days post OP from having the revision done. Her latch has made a huge improvement and is perfect! She isn't near as colicky. Going from 30-45 min to burp/console her was now down to 5-15 minutes. She's still having her reflux issues, but I know after the revision results take some time. I'm looking forward to more progress in the future.

We've been through a lot in her first 6 weeks of life. It does get better with the right steps and we still have a long way to go, but we've also came a long way too!