My advice to all the moms out there is this… always look for an IBCLC for help (a lot of people might have the best intentions, but they aren’t prepared to really help you.) 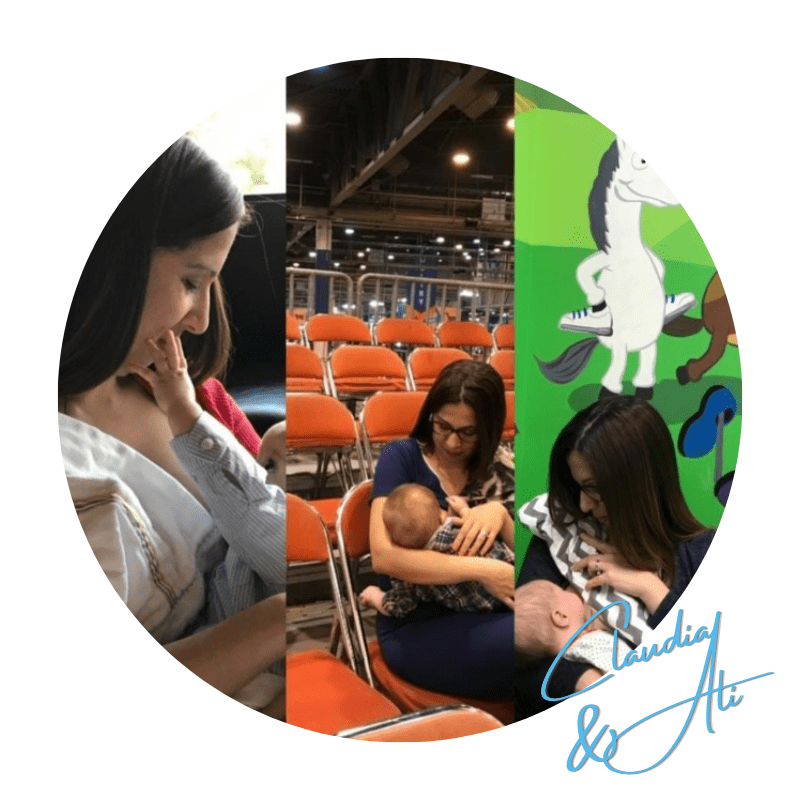 My pregnancy was great, I didn’t have morning sickness or back pain. I worked right up until 8 months, and besides Hurricane Harvey and a minor car accident, everything was easy. My due date was on September 20, but I didn’t start contractions until the night of September 25th. After 18 hours of labor, breaking my water, and all kinds of other stuff you cannot even imagine trying to have a natural birth, we ended up having to do a C-section. It was a bummer for me.

After the C-section, Ale was fine, and I was fine too. But at his 24 hour checkup; they had to put him in NICU because his heart rate was too low. It was SO SCARY; but after 2 nights and 3 days, he was released from NICU and got to come home. The doctors couldn’t figure out what caused the low heart rate, even though they ran a lot of tests. Thankfully, he was fine. Meanwhile I was struggling with milk supply --I couldn’t even produce a drop! So, we had to start giving him formula.

Once I was home, I came up with the idea of giving both formula and breastmilk. But I was really lost about how to do the breastfeeding part and I did not have much supply. A few days later, I woke up saying to my husband that it was ungodly hot and I had sweated all over the bed---but it wasn’t sweat! It was the precious milk finally coming in! I remember that day so clearly, as my husband hugged me!

I believe I was suffering from postpartum depression, and the trauma from the birth, the breastfeeding difficulties and my mother-in-law being admitted to intensive care in another country were all contributing to making it worse. Because my mother-in-law was severely ill, I convinced my husband to travel and see her, and before he left, my husband contacted Suzanne Juel with Bayou City Breastfeeding for me.

The day my husband was scheduled to fly home to his country was the day of our first meeting with Suzanne. She explained that Ale was having trouble using his tongue properly, gave me exercises to do help make his latch better, and encouraged me to begin using my breast pump. She also showed me a different position to nurse in.

At the time, I was devastated, because I all heard in my head was “you aren’t doing it right and won’t be able to make enough milk if you don’t do things differently.” Until that day, I really thought Ale had a good latch, but with the positioning changes Suzanne gave me, I saw he could have a much better latch. So, I tried the new position and the suggestions; but I didn’t practice the exercises because I was so overwhelmed.

My husband was still out of the country and my mother-in-law passed away, while I was home with only my mother, who was visiting from my home country. I was so sad, and it didn’t help that at that time Ale was very fussy -- crying all the time and passing a lot of gas. He also started to have some red spots on his face and his stool seemed weird. I was terribly sad and felt like I didn’t have a bound with my baby.

Luckily, I had another appointment with Suzanne; and at this appointment, I was happy to see that my milk supply had improved a lot and thing were turning around. I also told her about how Ale was and showed the picture of his stool (gross I know, but a mom will do whatever is necessary). Suzanne figured out that Ale might be having problems with cow’s milk, like I did as a baby. I called his pediatrician and they agreed that could be the issue, so we changed the formula and I stopped consuming and milk or dairy.

After 2 weeks, it was like I had a different baby. He was happy, not fussy all the time. We were able to start doing the exercises, I bought the HAAKAA pump (life saver!), and things continued to improve. We were so committed to this --the entire family—but it was not easy. It helped to remember that Suzanne told me that breastfeeding doesn’t have to be all or nothing (Best Advice Ever!)

Unfortunately, over time, we found that Ale was sensitive to even the hypoallergenic formula, so with a lot of struggles, I worked hard to get to exclusively breastfeeding! I dealt with mastitis, and lots of other problems. My journey was rough, but I know there are more stories rougher that mine, and some that are easier.

My advice to all the moms out there is this-- first always look for an IBCLC for help (a lot of people might have the best intentions, but they aren’t prepared to really help you.) Second, as Suzanne told me, breastfeeding doesn’t to be all or nothing. That advice lowered my stress level and made it easier to get to exclusive breastfeeding. In my case, my son was intolerant to other milk, so I didn’t have other options.

My son is 22 months and still breastfeeding. I didn’t plan it like that! Now we are working on respectfully weaning.

Mom you can make it! And don’t be too hard on yourself! Ask for help!